I have a Lab Setup with:

Now load the specific Snap-ins one-by-one or just add them using a wild-card (your choice). Notice that I had Citrix WorkFlow Studio installed too in my Remote Citrix XA Server, so those snap-in also get loaded if I use  a wild-card.

After the Citrix XA Snap-ins are loaded, to have a look at  all the new cmdlets available to manage XA Farm. You can use noun “XA*” with Get-Command because Citrix Cmdlets have XA prepended in the Noun part of Verb-Noun naming convention to easily identify them. There is also a cmdlet that comes with these Snap-ins Get-CtxCommand  which does the same.

Now Citrix XenApp Server is on-demand application delivery solution. So it deals mostly with administration of published Applications. So let’s search something like XAApplication with Get-Command. This will yield all the cmdlets that are available to administer Applications.

Now time to explore.  The best thing about PowerShell is it’s documentation right. Don’t Worry Citrix also provides you a great Offline help documentation. Now you can look at the examples and get what the cmdlet does for you.

Viewing the Examples. Pretty self explanatory examples …I guess J

If you wanted a detailed information then you could use Get-XAApplicationReport.

The best thing about using PowerShell is whatever you have learned ….can be incorporated here too. For example in following example Invoke-Command is used to retrieve the published application information from the remote Citrix XA server and then that information is being piped into Out-file cmdlet to store it into a text file.

This is a very naïve example here but look at the Power it holds for Citrix XA Farm Admins. Suppose you wanted to get the list of  all the published applications in different farm ,  generate a report for Server memory  Optimization Information , retrieve Citrix Load Evaluators and much more. 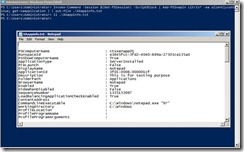 A Little bit on Citrix Remoting

XenApp 6.5  PowerShell  SDK  for Citrix comes with a brand new feature Remoting , which was earlier not present in the XenApp 6 PowerShell SDK. All the cmdlets shipped with the SDK now support a –computername  parameter  which indicates  to the cmdlet to execute remotely. Now this has  a huge impact , such that now I can install the PowerShell SDK on any machine ( Windows Machine) running PowerShell v2.0 and manage my farm from there. Note that no additional configurations are needed in the client or server.

Following is a status of the Citrix Remoting Service running on the XenApp 6.5 Server.

To use Citrix Remoting , you don’t need to install the PowerShell SDK on the Remote Citrix XA Server instead you install it on the local  Administrator Workstation and load the snap-ins and use the commands like native PowerShell cmdlets specifying the remote Citrix XA Server to contact using –computername parameter. It’ll look something like this

I have tested this one and this works fine as well, But as of now didn’t had a proper screenshot. I will try to cover this one later with proper steps.

This article is quite off from my regular PowerShell topic, but it's fun doing it .  So the situation is like that, One of my friend wrote a Powershell script but someone he wants to encrypt or password protected so that on one else {his fellow colleagues who just believes in COPYING & PASTING and make no efforts to learning technologies} use it, copy it .

When is asked me this question, i was not sure what to do,,as i always believe is sharing...then VIM come to my mind and in my one previous article i also mentioned about vim in this blog. You can find the article here:

so we have a enc.ps1 file in D drive and that file contains a two line script.

run the script , So all is good... we have a script file and that file is running successfully.

, I hope that you already have VIM on you laptop if not check my previous article which i mentioned in the beginning of this article.

now just open the enc.ps1 file in vim so that we can check that if file is opening in the vim or not. now open the file again with -x parameter on vim. {small x not X (as VIM is based on Linux and Linux is case sensitive)}

Now it ask you to enter a encryption password, provide it . 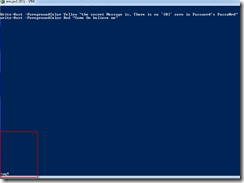 okies we are back to our Powershell console.

Ooops,, i don't know this "Alien's" scripting language,, i think we need "Sherlock Holmes" to decode it..

Now whenever you open the same file in VIM it ask you for password first.

Open the file in VIM , Enter you password to open it . press "ESCAPE" key and type :X {capital } and hit enter.

Now we are back in Powershell console. now open the same file in "notepad" 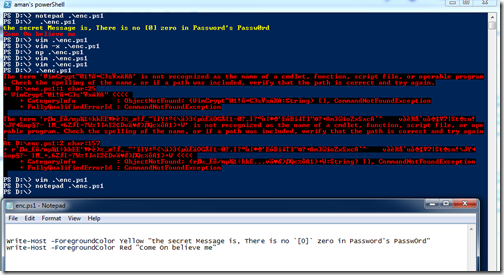 Wow !! we back from where we start.

I think everyone know that IT administrators like me are lazy... We don't like to do repetitive work and we also don't believe in trying same word and commands again and again. I think most of you will be agree with me :)

Today i did some changes in our local DNS,DHCP server. So for some reason we need to flush DNS Caches from the system also need to do Release and Renew IP-Address.

To easy my work load so that i can spent more time on FACEBOOK .. i wrote a simple small script which is just running our native command Ipconfig. The same command help us to flush DNS as well as Register DNs.

You can download the script from below link, Nothing fancy jus a simple script.

Import only specific Cmdlets from Module in Powershell.

Sometime in Scripts we imported whole module but we need only we cmdlets of that module. For example i am working on a script which run on "Active Directory",  but in "Active Directory" module i am using only two cmdlets Get-ADUser,Get-ADGroup , so it seems wise if we able to import only these cmdltes rather then whole bunch of other Cmdlets which we are not going to use in the script.

we can do this using -Cmdlet parameter in Import-Module Cmdlet,

Now we are importing only two cmdlets  Get-ADUser,Get-ADGroup from "Active Directory" Module.

Ok, Module imported successfully now check which cmdlets "Active Directory" have { i already show you how to do this here }

Yo!!!, Module have has only two Cmdlets which we told him to import.

List All Cmdlets of a Specific Module in Powershell.

sometime you need to know only some or all specific cmdlets for  a module. For example you just imported an "Active Directory" Module and want to know which all cmdlets imported by it.

now run the below command to list all cmdlets imported my "Active Directory" Module.

So here is our all Active Directory Related Cmdlets.

I think that i never shared my Tech_Ed 2012 pictures with you ..

Here are the Few Clicks..

Email ThisBlogThis!Share to TwitterShare to FacebookShare to Pinterest
Labels: tech-Ed 20120

I am just thanking Microsoft and UGSS Group for sending the 4 hard copies of " Microsoft  Office 365, Connect and Collaborate virtually anywhere anytime" book.

This book is shipped directly from "Microsoft Headquarter" in Redmond U.S.A.

Thanks Microsoft one again.. 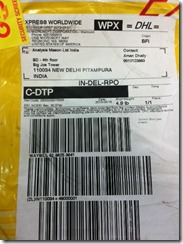 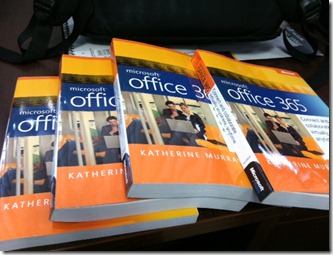 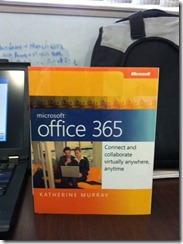 Today my IT Manager told me to remove a domain user from a specific group. Normally i used "DSA.MSC" or we can say that "Active Directory users and Computers", then i find users, go to his user account properties and click on "Member Of" tab and delete the group which the user is not required.

Make sure you have "RSAT" installed on you laptop.

Let's use Get-ADUser cmdlet to find group membership of a domain user { http://newdelhipowershellusergroup.blogspot.in/2012/05/powershell-and-active-directory-find_11.html }

Ok now we know that user "Aman.Demo" is a member of a Fax-Dubai and two others group. Our target is to remove "Aman.Demo" from "Fax-Dubai" Group.

Let's cross-check if "Fax-Dubai" have a "Aman.Demo" as a member.

Yes it has... Now lets remove "Aman.Demo" from the Group.

we are Remove-ADGroupMember cmdlet to remove user from the desired Group.

before removing the user from the group it ask you for confirmation , type "Y". That's all.

if you want to suppress Confirmation, you can use -Confirm:$false parameter , after it it wont ask for confirmation.

ok. now we already removed the user from the group , let's check it now.

User "Aman.Demo" is a member of 2 user groups now previously it was 3, and you can see there is no "Fax-Dubai" exists in Members of now.

Thanks for reading the blog.